Posted at 10:29h in Uncategorized by sitemanager 0 Comments
0 Likes 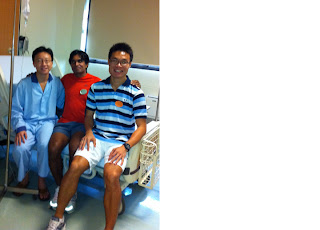 Picture 1- Jonathan Kang, due to dehydration had to stop in Stanchart Marathon, in the past, for safety reason due to hot weather.
It is wise to know the difference between humidity and weather as it can help one in performing. In this essay, I shall explain, not on humidity, but on weather, in layman’s term, so that one is focused in doing the best from the understanding, and also being aware, such that one can manipulate a situation to help in one’s running performance.
If the weather is hot, we sweat even while standing. It is good to avoid exercising at a time between 10 30am and 3 30pm, as the sun sends harmful rays to earth plus making the weather more hot than usual. As such, it is good to hydrate ourselves with water such that our body does not get overheated. When we run, we lose a lot of water. Water forms as perspiration to cool the bodily system down and act as ‘air condition’ for our body, so that our body does not get overheated, and one can focus on performance. The fitter one is the faster one who will perspire to cool down the system of the body, in order such that speed is not compromised. Usually, in the morning, it is cooler, and it is easier to perform. In the evening, when the sun sets, it is also easier to perform, as it is cooler.
So, weather,  in simple terms, means that the whether is cooler or hotter. Discounting humidity, the cooler the weather it is easier to run faster, as we do not lose much fluid. In hot climate, we lose a lot of water and sweat from blood that comes out as perspiration, and this in turn affects the oxygen transport system, as blood becomes constricted. So, it simple terms, when it comes to weather, it is good to run in cooler weather.