Posted at 14:48h in Uncategorized by sitemanager 0 Comments
0 Likes 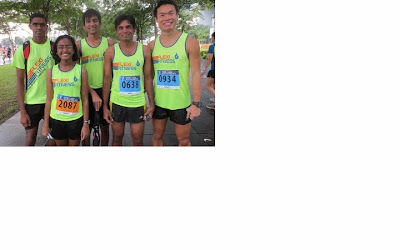 In the past, Ashley Liew came in 1st in 10km Men Open category of the POSB RUN for year 2011 and 2012. Frankly, we did not expect Jeevaneesh to come in first this year as I did not see him training much for the race. Despite this, he came in as the champion. This is a very good news for Team Flexifitness.

It has been long that I wanted to get this blogpost out and finally I have somehow got it out. S. Jeevaneesh has a unofficial 5km personal best time of 16min 05sec done in CCAB track in the past, in year 2011. He has done an official time of 16min 10sec for 5km in National Schools’ Track and Field Championships 2011. At the same time, he emerged as the champion in National Schools’ Cross-Country Championships 2011. He also broke the cross-country record by 20sec.

An Interview With S. Jeevaneesh

Can you share with us on your split times for the race?
I did hit my target of running below 38mins. I’m not sure of the split times because I wasn’t wearing a watch.

How do you find the race as a whole?

The race was good. I wasn’t expecting to come in first actually.
I’m glad I managed to run below 38min despite being down with flu and not
really training hard for it.

How do you find the race route?

The race route was similar to that of AHM so I was quite familar with it.

How do you find the weather on the day of the run?

I found the weather very cold and I was worried I will fall sick
again. but the conditions were excellent for running I guess especially
for those aiming for a personal best.

My next race will be Standard Chartered relay event in Dec. I’m
planning to take it easy till end of October before I begin training
seriously in the start of Nov. My target for that race is for my team to
do well and hopefully be in the top 3 for that particular event….On a special note, I would like to thank anyone who has supported me in one way or
another during the race and special mention to those from flexifitness
as well.