Posted at 15:09h in Uncategorized by sitemanager 0 Comments
0 Likes 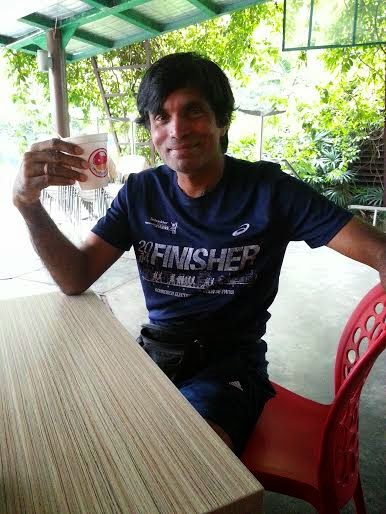 It is well known fact that coffee has a number of disadvantages. However, researchers, in the past and at present, are agreeable in acknowledging that coffee does boost performance and has a number of advantages as well.
It was in Loughborough University that I was informed by my former lecturer Sir George Gandy, who explained to us in our Athletics lesson on quantity that you need to take to boost performance.
I have tried drinking one drink per race all the time before the race and it has helped me to a great extent. That was during my competitive years.
Over time, especially now. I have started to experiment on my body on the reaction I get by taking coffee just before a race. I thought about this recently on the need to share this experience to the outside world.
But before that, let me share with you on how I trained for the Chicago Marathon this year. Three  months before the race, I tried to train. I was busy doing  a number of Personal Training, and coaching. Hence, I was not able to train well. I was doing a twice per week training. However, I kept doing my longest mileage per week 20 to 25km, which was one long run per week. I decided to run The Chicago Marathon as a conditioning run for races of the future to do a sub – 3hr run, rather than racing in it.
I started training very hard only in the last two weeks of the race. I ran nearly everyday. I did three 30 to 35km distance run in that two weeks, using my own strategy to do a training that does not stress the joints and get myself injured. At the last 5 days, I did not focus on training, but I focused a lot of attention on rest and recovery instead. I told myself to focus on Stanchart Marathon 2014/or any AIMS certified marathon races in 2015.
The training methods I used for the Chicago Marathon was progressive and I was applying my knowledge that I have gained from running experience and after doing Physiology research in Loughborough University and also on following current research.
Hence, on 12 October, 2014, on Chicago Marathon race day, I tried drinking two coffee in the morning. Ashley Liew also witnessed this in the morning. It was surprising as I found that the race went very well that I did 3hr 30min 33sec. I was happy that my bettered my targeted time which was predicted to be 3hr 32min.
During the run, I did not get any stitch and felt great. I ran the 10km in 44m 52sec and the half marathon in 1hr 37min. It was from here that I told myself that I have a lot of time to get the 3hr 32min. I felt great when I got 3hr 30min instead.
For people who want to try two coffee, they must use this in their time trial or tempo to see the efficacy of the drink. I hope one does practice this before so that they are sure of not getting into physical complications, like getting stitch etc.