Posted at 11:41h in Uncategorized by sitemanager 0 Comments
0 Likes 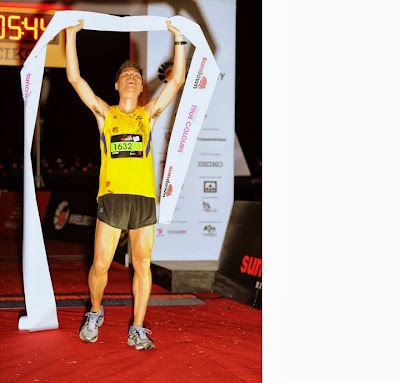 As Hoong Wei Wong won the Sundown 100km Ultramarathon and is also the cousin of Ashley Liew, he was invited by Coach Rameshon to give a sharing session to Team Flexifitness. 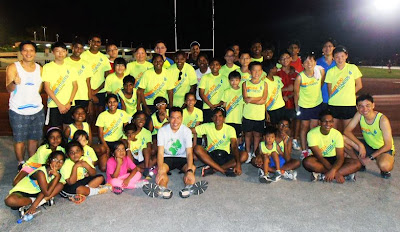 I asked Coach Rameshon on the purpose of calling people for sharing sessions. He told me that it is from them that we can find out the ways to excel in not only in running or doing any sports but also to balance well in  studies and sports or work and sports in life. He believed that there is a lot of sacrifice in terms of time, money and effort in this if one wants to excel and in the end, the fruit that one gets is resilience in life.
I believe this to be so when I listened entirely to Mr Hoong Wei Wong’s story.
He told us emotionally that he really wanted to be a player in NBA from young and it was not fulfilled. His eyes was in tears when he said that which made us to emphatise on his passion in the past, which was basketball. He told us on the time he invested to keep practising basketball to excel in it.
He also took up long jump later and did well in it. However, his dream was shattered when he knew that he could not make it to NBA for basketball.
Although, he did not make it, little did he know that he was about to come in as the champion in the Sundown 100km Ultramarathon with a time of 9hrs 05min 44sec, which was a record as well. Mr Hoong Wei Wong told us on why it is important to not stop at drink points during the run and how it has enabled him to do very well in the end. It is a discipline that he had cultivated to win in the end.
Having said that, I would discuss from my subjective viewpoint on that excellent sharing session he had with us and I believe that will mould me to do well in running in the long run. 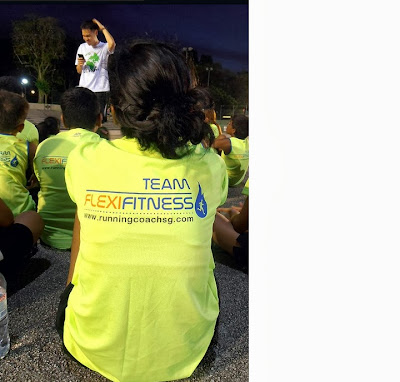 Firstly, before talking anything about the sharing topic,  Mr Hoong Wei Wong told us that he is blessed about the association that he is having with Ashley Liew and Coach Rameshon. He said that he was appreciative and grateful to life for having given the opportunity to talk, in fact, to us. 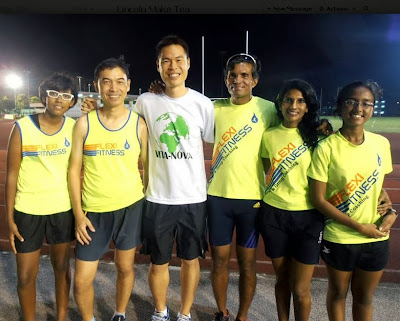 Topic That He Discussed on
1. Time Management
Time
management was the first thing that he talked about. He told us not to waste time as time is precious.  Even every second is very important to him even now. He is also married and he knew that time has to be invested properly to excel.
When it comes to work, he does his best to clear so that he can train. If job is not cleared then he feels that training will be affected. Importance to work, he feels that is of utmost importance if one wants to excel. From my understanding, I feel that he is telling us not to postpone work so that training goes in a smooth and continuous fashion.
I realised that it is important to finish my school work so that I can train consistently and not procrastinate on training.
Winning Strategy
The next thing he shared with us is to keep improving in timing everytime we run. He said that he came out with a strategy for the Ultramarathon race and it really worked. From him, I realised that if one plans and organises the time properly and have a winning strategy, one will be able to meet that goal of their chosen dream one day.
Setting goal
He also touched on goals in life and told us to have goals in order to do well in running. One such person that he believed that had goals is he mentioned on Ashley Liew who from Singapore Management training days had goals that he set and gradually had made it to the South East Asian Games in Myanmar. He told us that he believes that Ashley will do well and hopes that he does well there in Myanmar.
Time is precisous
He also told us not to waste any opportunity in life. He told us that we are lucky to have a programme that will enable us to realise our dreams. He was glad to see a number of parents supporting their children in our programme.

Then, he discussed on everything that we put however small or big it is may be it can make us do wonders in the long run. He told us to keep at it and not to lose interest or goal.  He told us mathematically on how things will work in our lives by telling us on how it worked in his Sundown Ultramarathon 100km win.
He even told us on how he saved time by eating apple while he was having his shower. With limited time, he had given us various examples to save time and excel in sports and balance well in work or studies. 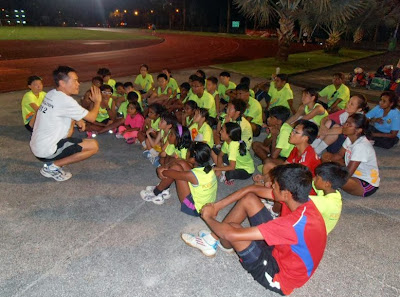 Note : We were honoured to have Lincoln Han who came to our sharing session. All photos seen here, are courtesy of his selfless service to Team Flexifitness.We would like to say a special thanks for this act.