Posted at 23:21h in Uncategorized by sitemanager 0 Comments
0 Likes

If you are keen and have queries, please contact Coach Rameshon at 9100 4369 or you can email him at m.rameshon@gmail.com or swift.rameshon@gmail.com. Please refer to website http://flexifitness.com.sg (for more information on him and his programmes) 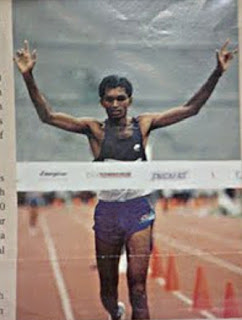 Picture 1 – In Singapore International Marathon 1994, I won The Men Open’ s category of the marathon race, in 2hr 34min 02sec.

Altogether, I won three races from the Singapore Marathon. The races were called differently and the races were won with different strategies. As Singapore Stanchart 2018 is fast approaching, I have decided, for the benefit of the runners running in the race, to share some of the tips that made me do well in the race.

It was in the year 1987, that I ran Mobil Marathon. My contender was Tan Choon Ghee and Ricky Khoo. My former Lecturer of the then College Physical Education came to me and discuss with me on my marathon race, which was a few days away, at that time. Her name was Ms Helen Gilby. She was also a runner herself and she used to come in first in a number of races.

I came in first again. In the race, my time was 2hr 34min 02sec. I was overall 12th in the International Category for Men Open. In this race, I realised that if one wants to get a good time, it is advisable not to stop while you are running. In the past, I used to stop while running.

While enabling Daniel Ling and Dr Ben Tan to come in 2nd and 3rd for Men Open for Singapore Stanchart Marathon, I came in first. The two runners also trained with me. I was heading for a 2hr 45min, but I was going through 5 cramps during the run. For the last cramp, I had to walk for a while, and then run. I finally came in first with a time of 2hr 49min. My age was 43 years old at that time.

The thing I learnt here was to know the route very well before the race itself.

In this race, I did not come in first but I was International Veteran Open, overall 10th, and Veteran first for local. My time was 3hr 10min. I was 50 years of age. I was actually coaching and did not really train much. In this race, I was daring to do a 4min per kilometre for the first 10km of the race. In this race, I realised that it was good to drink isotonic water, diluted all the 4-5km splits of the race.

I wish all the best to the runners running in Singapore Stanchart Marathon 2018. If possible, I shall write more tips tomorrow to do well in your race, if you are running.

Edited by a Flexifitness staff!

By Narayanan
Rameshon has taught in Hwa Chong Institution, plus several schools, and Republic Polytechnic as well. He has won many accolades and he was awarded Merit Award for 1991 marathon performance in breaking the national record of Singapore, at that time. He has made 22 male athletes do a marathon in sub-3hrs. He has made 7 female runners do sub-4 hours for the marathon, as well. He was inducted to the ‘Roll of Honour’  by the then College of Physical Education, organised by Singapore Olympic Academy, in 1998, for breaking the National record repeatedly 4 times, till he did 2hr 24min 22sec).

He also has a Coaching group and he trains them on Tuesdays and Thursdays, 7 pm at Botanic Gardens. Those interested can call him at 91004369 for coaching assistance, to improve performance. There is also personal training that he does for many in a week. You can e-mail him at swift.rameshon@gmail.com.