Posted at 15:17h in Uncategorized by sitemanager 0 Comments
0 Likes
Xu Pei Hua- Running is her passion from 12 years of age till now 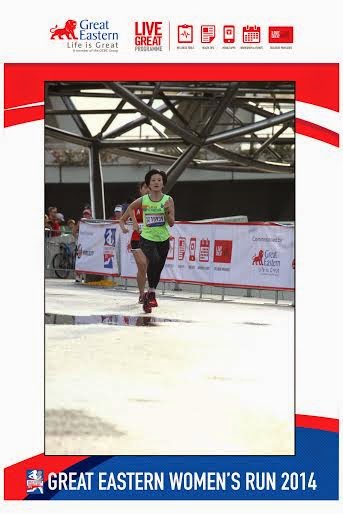 Xu Pei Hua is yet another person that I look up to as she is one of the rare athletes who can balance running and studies at the same time, especially now that she is doing her doctorate. Due to her demands in her studies she is not able to train every single day. However, she makes it a point to train at least three times per week and join Team Flexifitness at least once a week. I admire her great discipline that she has.
When I asked Coach Rameshon what type of athlete Pei Hua was in the past, he shared with me that she followed his instructions to the very letter. He also mentioned that she was a very hardworking and dedicated athlete who was ready to do any form of training without any complaint. This kind of spirit was actually found when she was you and it allowed her to come in 3rd in the Under 14 Girls Individual Category of the National Schools’ Cross-Country race, organised by the Singapore Schools’ Sports Council.
Pei Hua also shared with me that she watched the true story of Louis Zamperini and was inspired by his mental strength that he had. The part that impacted her the most was the statement by him, “In all my life I have finished the race!” She said that  the inspiring statement is now her motto.
Although, she has a busy schedule she ran the Great Eastern Women’s Race and she actually clocked an unexpected personal best time of 53mins 59sec for 10KM race.  Her time, in the past was 54min 07sec in  in the 10km race category of the 2013 Gold Coast Marathon race. http://rameshon-m.blogspot.sg/2014/11/xu-pei-hua-intervierw-on-her-new-10km.html
Xu Pei Hua’s Great Eastern 10km Run Time.

As a doctorate student and at the same time running, I found that this interview of hers may inspire many who are doing higher studies to keep exercising while they are highly stressed. As such, it would to hear it from her.

An Interview With Xu Pei Hua

How were you feeling during the race?
I was feeling fine. I stopped at the drink stations to hydrate myself. After crossing the finish line I threw up all the water and isotonic drink I drank during the race.

How was the organization of the race?
The organization of the race was good.
How was the race route?
The route was quite hilly. There were 3 to 4 hills which cause me to slow down.
How was your race preparations?
Due to my busy schedule I can only manage 3 times per week training with a mix of speed workouts, endurance runs and mental training. I also made it a point to join Coach Rameshon’s training every Thursday.
Were you satisfied with your results?
Yes I am satisfied and happy with my timing for clocking in my personal best timing. I am thrilled to done a personal best for a hilly course in Singapore.
What is your next target?
My aim will be below 53min for 10km. A little at a time. In the long run my aim is to improve my speed to a below 50mins for 10km. So that I can aim for a good marathon time in the near future.