A 20min Exercise Will Do

Posted at 14:49h in Uncategorized by sitemanager 0 Comments
0 Likes

If you keen and have queries, please contact Coach Rameshon at 9100 4369 or you can email him at m.rameshon@gmail.com or swift.rameshon@gmail.com. Please refer to website http://flexifitness.com.sg (for more information on him and his programmes) 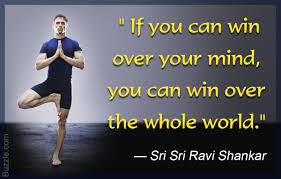 As many are afraid of Corona Virus and are following the government’s Home Order, it is wise to do some form of exercise at least for 20min to work the cardio. One can do several of what I am going to propose. I will give you two different ways to train – at home and outside, where it is rare to come into contact with people.

(1) 20min step-ups on a chair which is about 1/3 metre. One could do 30sec of step-up, with 30sec recovery, which is two steps of HDB staircase. The step-up height should not be too high in height.

(3) On the spot jogging for 20min. I did this in 1992 for California Marathon as it was raining outside. You can include one or two knee lifts or kicking off the back.

(1) Jogging for 20min, with a 1min moderate run intensity and a min to recover and repeat for 10 times,

(2)Take a short 50m hill and repeat running up and down for 20 times. As you go up the hill, one should go up faster, and go down a dead slow or jogging pace to recover.

(3) Go to an overhead bridge and do up and down 20min run. First, run up the stairs and run to the other side and go down the stairs. Do reverse direction to continue.

These are examples for some out there to follow to keep oneself fit, following the government’s order at the same time.

By Narayanan
Rameshon has taught in Hwa Chong Institution, plus several schools, and Republic Polytechnic as well. He has won many accolades and he was awarded Merit Award for 1991 marathon performance in breaking the national record of Singapore, at that time. He has made 22 male athletes do the marathon in sub-3hrs. He has made 7 female runners do sub-4 hours for the marathon, as well. He was inducted to the ‘Roll of Honour’  by the then College of Physical Education, organised by Singapore Olympic Academy, in 1998, for breaking the National record repeatedly 4 times, till he did 2hr 24min 22sec).